The heady heights of success or suffocating ambition… 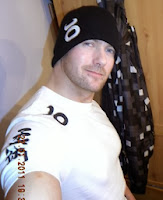 To understand altitude training there are a few factors we have to understand and take into consideration.
Firstly, we have to look at atmospheric pressure, air content and oxygen partial pressure. Atmospheric pressure is measured by a barometer and measures around 760mm/hg, ( the force exerted on a column of mercury =760 millimeters high at sea level ) and consists of 21% oxygen and 79% nitrogen so to calculate the partial pressure of oxygen we multiply oxygen content by atmospheric pressure so it would look something like this…
( 02pp ) = 0.21 x 760 mm/hg = 160 mm/hg
So we can see that at sea level the partial pressure is 160 mm/hg.
However at high altitude, considered to be 1500m approx. 5000ft and above the atmospheric pressure drops to 632mm/hg, so with that in mind we can then calculate that partial pressure of oxygen at that height is 133mm/hg. At 8000ft it drops again to 120mm/hg. So if we compare that with the altitude of say Big bear in California ( approx. 6700ft ) where a lot of mma fighters train, we can see a fairly significant difference.
It’s important to note also that air content doesn’t change regardless of how high you are. ‘The air is thinner at altitude’ although a true statement, doesn’t really describe what’s going on, what changes is atmospheric pressure, so although the oxygen to air content is essentially the same there’s just less of it to breath due to weight differences of oxygen/nitrogen and the other gases in the atmosphere, helium and hydrogen etc. which have the effect of diluting/thinning out air. If you imagine taking a glass, filling it a third of it with orange juice then the rest of the glass with water, you haven’t altered the amount of orange juice in the glass it just became thinner as it was diluted. So the point in reference in this instance is that when we calculate atmospheric pressure it’s always done using the 0.21/21% figure for oxygen partial pressure.

Another fact we have to understand is the immediate effects of altitude on the respiratory system.
The higher we go the less pressure there is, so obviously it becomes harder to breath, due to the lack of inspired oxygen this causes a hypoxic environment in the body. The body responds hormonally and acclimatizes by producing EPO ( Erythropoietin ) which promotes the production of red blood cells and increased capitalization, ironically and somewhat contradictory, to help transport less oxygen around the body.
In terms of altitude training, especially for endurance athletes, this is great news as it means when the athlete returns to sea level the increase in oxygenating red blood cells will help transport the ‘normal’ levels of O2 around the body, increasing the lactic threshold giving the athlete elevated levels of endurance without fatigue...or does it.?
It’s a great theory, but not necessarily a sound one.
When we take now into consideration that when the athlete arrives at said altitude, even the fittest person will experience massive performance loss in the first place due to everything mentioned above, and also that it takes several weeks, arguably months, to acclimatize to the conditions of altitude and even then will never recover fully, at least to the extent of their full potential at sea level. With this in mind, training times and methods have to be adjusted to compensate, they inevitably shorten and are not as intense as at sea level, oxygen debt becomes a major factor thus quickening the body’s response to lactic build up and fatigue. So all in all the athlete never really reaches his/her full potential because of the environmental conditions.
What we have to look at here is the circumstances of why people train at altitude, if we take fighters for instance as many of them are known to train at altitude for the theorized benefits, (of which I might also mention, a lot research is on going and non conclusive). Effectively they are going from an already good standard of fitness to train at altitude which as explained, diminishes performance and hinders progress for questionable results..to then return to a familiar environment, which they will arguably acclimatize to very quickly and probably lose most of the so called benefits before they fight anyway.
Here’s an idea, why not train at sea level where the event is held, train at 100% percent of your physical capabilities where you can exploit your full potential, adapt and improve without having to worry about the psychological and physical downsides of training at altitude.
Personally, I think there is a massive placebo effect going on here, when people believe something strongly enough they will convince themselves its working even when it’s had no effect at all. Really, the only benefit I can see of altitude training is when the event the athlete is competing in is also held at altitude. Spending enough time at altitude to acclimatize to the conditions and therefore be as competitive at that level as you can be.
Anyway, this is all well and good and we’re now familiar (all be it briefly) with the general ins and outs of altitude training. This brings me to the real reason I chose to write about this subject as I keep hearing a lot about this product and the benefits of using it and all the other bullshit that goes with it. To be honest, I’m sick of seeing people in gyms wearing silly masks under the impression it simulates an elevated environment thinking they are doing themselves justice.
http://www.trainingmask.com/the-science/
Apparently this is the ‘science’ behind the masks although all it seems to say is what they ‘should do’ not if they actually ‘do’ and as far as I can see the only reference to research wasn’t done by the company themselves and only refers to tests on other respiratory devices. It also suggests with ‘correct application’ these devices can improve performance, not what the actual applications are. Which brings me to my first and in my opinion the most glaringly obvious reason that these particular devices do not simulate nor have the effects of altitude.
The effects of atmospheric pressure as altitude is increased is a naturally occurring thing, we’re surrounded by it, its constant and always there. Moving to high altitude, regardless of whether you train or not, your body will ‘eventually’ adapt and acclimatize to the environment it’s subjected to, and in theory (and an ideal world) receive the benefits that altitude provides. It makes physiological changes to deal with the extraordinary situation. However, as we know, and as stated above this takes time, weeks, if not months to adjust, living in it 24 hours a day 7 days a week. (I’ve yet to see anyone walking around with a mask on for this amount of time, but it probably won’t be long)...
So, how is it that the people that make this particular device would have you believe that these effects are achievable with as little as 20 minutes use a day?


This has to be one of the most profoundly ridiculous statements I’ve ever seen, and what’s even more ridiculous is that people have bought into this utter gobshite. It’s like saying, by putting on this mask you can actually turn naturally occurring atmospheric conditions on and off at the flick of a switch. Of course though, we can’t prove it so you’ll just have to take our word for it. Also, as we can see from the charts even after acclimation is achieved the athlete would invariably work at a sub optimal level to achieve slight, if any improvements at all.


To reiterate, if we use a professional fighter as an example, they arrive at training camp in elevated conditions, probably not in the best shape, to train in conditions that initially diminish their fitness level further and only get slightly better than they were originally and only reap those benefits for a very limited time…however, they do adapt.
By artificially restricting the volume of inspired air from the outset ( which actually has more in common with suffocation than hypoxia…just saying.!! ), you’re causing an almost immediate oxygen debt scenario causing a quicker response to lactic build up as there’s not enough oxygen available quick enough to convert it, inevitably resulting in premature fatigue. The device isn’t utilized enough to warrant an adaption process, and as in any case, if there is no adaption there is no improvement. Also, it’s the volume of air that is being restricted not the content (as described in the thinning of air paragraph) so in terms of it being necessary for the body to produce more red blood cells, why would it.? It’s still receiving the same amount of oxygen it always did, just not as quickly.
I found this interesting..
http://ericwongmma.com/mma-altitude-training-device-review/
Personally, I find these sorts of things offensive, not only because of the claims they make but also because no one has even made an attempt to verify them.
It’s arguable that altitude training actually works and taking everything into consideration and unless the event your training for is held at altitude the results are hardly worth the effort. I understand at an elite level every professional athlete has to look for an ‘edge’, and maybe for some, the idea of hypoxic training works. That’s great, and if you have the resources then even better ‘knock yourself out’…
However, as far as training masks go I’m convinced there’s absolutely no correlation between them and altitude/elevation training, there’s no specific research available and no statistics to back the claims . Whatever people get from these devices is of their own making, a complete placebo effect that’s taking place in their own minds. In all fairness, that’s fine, if you needed to break through mental barriers, I get that. Although, I think what you’ll find here is that it’s really your body entering what people call a ‘fight or flight’ situation and it’s not so much breaking through mental barriers for improved fitness, more like your body’s way of telling you there’s something wrong and you’re going into survival mode, which I’m sure you’ll agree is probably only any good if someone is trying to kill you by putting a plastic bag over your head…or a training mask, whatever.!!
For the professional athlete hypoxic training is more of a reality, they probably have the resources to subject themselves to these environments. For average Joe, it’s not a realistic approach to training and trying to replicate the conditions by using restrictive breathing devices isn’t the answer, most people will never realize their full genetic potential as an elite fighter or an Olympian does, so looking for an ‘edge’ becomes pointless when you have so much more potential physically you can exploit under your own steam.


For more articles and training tips check out www.cjscombat.com